It was a beautiful sunny morning so I decided to do a short walk. Having checked the tide timetable I set out for Formby Point, just a few miles along the coast.

I parked at the National Trust beach car park and set out along the Squirrel Trail. The pine woods are home to one of the remaining colonies of the native red squirrel. I was hoping to see some and maybe get some photos.

I thought it would be quiet but I had forgotten it was the school holidays and there were lots of families and children enjoying the fresh air. I did see several squirrels but each time one was spotted a chorus of voices rang out. “ Look Mummy, there’s a squirrel. Of course the poor animal quickly disappeared.

I left the woods and entered an open area. Signposts indicated I was on a stretch of the Sefton Coastal Footpath and also on the Asparagus Trail. 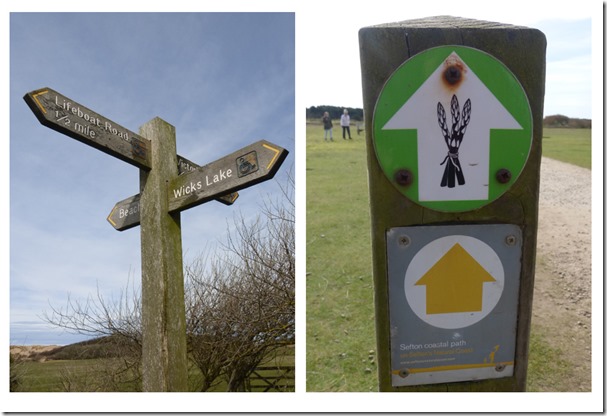 I was on a clear path and all around me there were signs of Spring.

Soon I was in the sand dunes.

I made my way through the dunes to emerge onto the beach near Formby Point. It was low tide and miles of sandy beach stretched ahead of me.

There were quite a few people on the sands but few ventured more than half a mile from the car park so I felt as though I had the place to myself. It was peaceful with just the crunch of shells under my boots and the occasional cry of gulls. 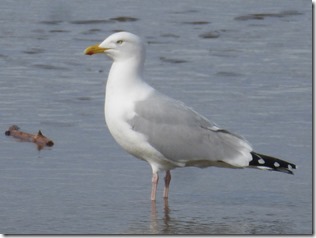 I found a couple of interesting shells and got my knees wet as I knelt down to photograph them.

I walked past the entrance to the Fisherman’s Path, I think the marker post has fallen down, so I had to clamber up through the high dunes to regain my path. I followed the path signed Victoria Road/ Lifeboat Road which led me through woods back to my car.

My short walk ended up being nearly eight miles. Wish I had taken some sandwiches!

My aim is to create a photo diary of my walks and my travels. I have two main hobbies, walking and photography and these complement each other. I am a senior citizen, what used to be called an old age pensioner, but I don't feel old. Since retirement I have had more time to pursue my hobbies and the opportunity to travel more. My philosophy now is - Do what you can, while you can. My other interests are fine wines and keeping fit. These may not complement each other but keep me happy.
View all posts by crosbyman66 →
This entry was posted in Photography, Sefton Coastline. Bookmark the permalink.